What is The UMC’s view of Halloween?

The word “Halloween” (or “Hallowe’en”) means “the evening of Hallows.”

“Hallows” is an older English way of saying “saints” — so, the Evening of Saints.

But why “the evening?” Many ancient cultures in the Mediterranean world and the Middle East, including Jewish cultures, understood the day as beginning with sunset rather than sunrise. This is why Genesis one says, “And it was evening, and it was morning, day one.” (Genesis 1:5). Because the day began with sunset, the first worship service of a given day would be the evening service.

Put it all together and Halloween refers to the first service of worship for All Saints Day. That day falls on November 1 in the Western Christianity. That’s why All Saints Eve (Halloween) is observed on the evening of Oct. 31.

So where or how did this observance get connected to jack-o-lanterns, ghosts, things that go bump in the night, and trick or treating? That connection comes from popular festivals already happening in many cultures worldwide to celebrate the midpoints between a solstice and an equinox, sometimes referred to as “cross-quarter days.” Some cultures understood these as transition times where the lines between realms may become the thinnest.

The Celtic festival of Samhain fell at the cross-quarter day between autumn and winter, between warmth and cold, between harvest and dormancy for the earth, and so, metaphorically, between life and death.

Christian missionaries and bishops, particularly in England and parts of Western Europe, had concerns that some of these practices and beliefs ran counter to the Christian understanding of the resurrection of the dead. The church, beginning in the eighth century, added prayers to Christian masses remembering the dead and anticipating their resurrection. These were some of the first prayers connected to celebrations later known as All Saints Day (November 1) and All Souls Day (November 2).

United Methodists and most Protestants have no “official saints.” Thus, we usually combine All Saints and All Souls into a single observance. This celebration in the church accents our understanding of holiness in this life and our hope for resurrection in the age to come.

Cultural Halloween celebrations in the communities in which many of us live have continued to evolve alongside the church celebrations. Many local churches offer safe alternatives to traditional door-to-door trick-or-treating. Others focus more on giving than receiving. Collecting for UNICEF or giving Fair Trade chocolate are ideas for using the occasion to “treat” or give to others.

These activities need not be seen as either defining or limiting the Christian observance of All Saints. Our role in the church is to proclaim our own witness to what makes for holiness (becoming one of the “hallows”) in this life, and our hope for the resurrection of the dead and the fullness of life in the new creation in the age to come.

Hymn History: When in Our Music God Is Glorified

“When in Our Music God Is Glorified”
Fred Pratt Green
UM Hymnal, No. 68

“When in Our Music God Is Glorified” was played by Pender’s pianist-organist, Liz Eunji Moon at the Traditional Service Postlude on September 11, 2022

Stanford’s tune had been well-known in the earlier 20th century until Ralph Vaughan Williams (1872-1958) composed the immensely popular SINE NOMINE in the same metre (sung to “For All the Saints”) for the English Hymnal (1906).

Hymnologist J.R. Watson records that “Wilson urged Pratt Green to write a text for a Festival of Praise . . . which could be sung to Stanford’s neglected tune.” Pratt Green based his text on Psalm 150 but alluded to Mark 14:26 in stanza four of the hymn, a stanza recalling the hymn sung by the disciples at the Last Supper.

The hymn, composed in 1972, first appeared in New Church Praise (1975) and in the single-author collection The Hymns and Ballads of Fred Pratt Green (1982) with the title, “Let the People Sing!”

The opening line (called the incipit) originally read, “When in man’s music, God is glorified. . . .” Pratt Green reluctantly altered this to the current title for the Lutheran Book of Worship (1978) and this change has universally been accepted in North American hymnals.

The Rev. Carlton Young, editor of the UM Hymnal, notes that the change in text, though an important “social witness” in the area of inclusive language, weakens the theological and aesthetic qualities of the hymn: 1) Theologically, “the change tends to weaken the affirmation that mere mortal musicians and their music may and often do glorify God”; 2) aesthetically, the wonderful alliteration between “man’s” and “music” paralleled by “God’s” and “glorified” is lost.

Dr. Young speculates that this “text has probably been set in anthem form more than any other of the late twentieth century.”

This hymn is groundbreaking in many ways.

There are numerous examples in the history of hymnody where music is a metaphor for some theological theme or experience. In Babcock’s “This Is My Father’s World,” for example, “all nature sings and round me rings the music of the spheres.” Charles Wesley speaks of “the music of the heart” in his paraphrase of Psalm 150, “Praise the Lord Who Reigns Above.”

However, Pratt Green uses music not just as a metaphor that points us to another idea, but explores music-making as a phenomenon in the Christian’s experience in its own right. The second stanza concludes with the marvelous thought that “making music . . . move[s] us to a more profound Alleluia!”

In this way, Pratt Green seems to agree with Martin Luther who said, “Next to the Word of God, the noble art of music is the greatest treasure in the world.” Luther and Pratt Green seem to ascribe a quasi-sacramental quality to music—music as a means of revelation and grace.

Pratt Green (1903-2000) was born in Roby just outside of Liverpool, England. Following his education, he was ordained in 1924 as a Methodist minister and served in various parishes throughout England well into the 1940s. Although he had a long interest in poetry, he did not focus on hymn writing until his retirement from active ministry.

Dr. Hawn is professor of sacred music at Perkins School of Theology, SMU.

Posted by MaryO on October 27, 2022 in Hymn History, hymns, Posts of Interest, Videos 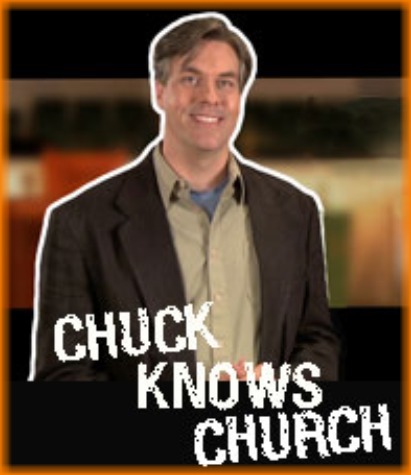 Parables. A parable is a succinct, didactic story which illustrates one or more instructive lessons or principles. But what does that mean? And why did Jesus use parables? Chuckle along with Chuck as he talks about “Parables”

Posted by MaryO on October 25, 2022 in Chuck Knows Church, Videos

“Softly and Tenderly Jesus Is Calling”
Will Thompson UM Hymnal, No. 348

The Pender UMC Traditional Service Final Hymn “Softly and Tenderly Jesus Is Calling” on Sunday September 11, 2022 was played by Liz Eunji Moon on piano, accompanied on guitar by Brian Stevenson and sung the Pender Sanctuary Choir and congregation.

Undoubtedly, many readers of this column grew up in a revival tradition that included an extended invitation hymn—a congregational hymn at the conclusion of the service that focused on those attending who may be called by the Holy Spirit to make either a profession of faith or a recommitment of one’s life. In services of this nature, the direction of the entire liturgy points to the sermon and this time of commitment. Our hymn is a classic invitation hymn from the 19th-century revival tradition.

Will Lamartine Thompson (1847-1909) was born in Pennsylvania and died in New York City. He attended Mount Union College in Alliance, Ohio, and the New England Conservatory of Music in Boston, before continuing his musical studies in Leipzig, Germany.

In addition to being a composer of secular, patriotic and gospel songs, Thompson was a music publisher. When his songs were rejected by publishers of his day, he formed his own enterprise, Will L. Thompson & Company, with offices in Chicago and East Liverpool, Ohio. By the 1880s the company expanded beyond publishing music and sold pianos, organs and other instruments and supplies.

The words and music for “Softly and Tenderly Jesus Is Calling” first appeared in Sparkling Gems, Nos. 1 and 2, a collection compiled for Thompson’s company in 1880 by singing-school teacher J. Calvin Bushey.

Other well-known gospel songs by Thompson include “Jesus Is All the World to Me” (UM Hymnal, No. 469), and two with strong eschatological leanings, Lead Me Gently Home, Father” and “There’s a Great Day Coming.”

UM Hymnal editor, the Rev. Carlton R. Young, notes: “This is a typical lullaby in the gospel hymn tradition that characterizes Jesus as a mother, gently rocking and comforting a child. This attribute contributes to the continuing popularity of this genre of religious song that presents Jesus as waiting, caring, and forgiving in intimate—and for many, compelling—metaphors.”

Perhaps Revelation 3:20 captures the spirit of the hymn: “Behold, I stand at the door, and knock: if any man hear my voice, and open the door, I will come in to him, and will sup with him, and he with me.” (KJV) This patient Jesus stands “on the portals . . . waiting and watching . . . for you and for me.”

The second stanza takes a different approach: How can we reject the “pleading” one who offers “pardon”? The third stanza increases in urgency: “Time is now fleeting, the moments are passing . . . shadows are gathering, deathbeds are coming. . . .” The final stanza returns to the theme of Jesus who offers “mercy and pardon” for the sinner.

The genius of a gospel song is usually found in the refrain and this one is no exception. The refrain extends the invitation to “come home” four times in the melody, and an additional two times in the accompanying lower voices.

Interestingly, though “Softly and Tenderly” is the quintessential invitation hymn in the revival tradition, the invitation to “come home” may also be seen as the invitation to join Jesus in heaven. Indeed, two examples attest to this: The hymn was used during the memorial service for assassinated civil rights leader Martin Luther King Jr. at Ebenezer Baptist Church in Atlanta on April 8, 1968. It was also a recurring song in The Trip to Bountiful (1985), an Oscar-winning movie about an older woman in the 1940s who wants to return one last time to her girlhood hometown of Bountiful.

Hymnologist Ernest Emurian told a story associated with this hymn: “When the world-renowned lay preacher, Dwight Lyman Moody, lay on his deathbed in his Northfield, Massachusetts, home, Will Thompson made a special visit to inquire as to his condition. The attending physician refused to admit him to the sickroom, and Moody heard them talking just outside the bedroom door. Recognizing Thompson’s voice, he called for him to come to his bedside. Taking the Ohio poet-composer by the hand, the dying evangelist said, ‘Will, I would rather have written “Softly and Tenderly Jesus Is Calling” than anything I have been able to do in my whole life.’”