For more information about our upcoming sermons, click here.

Listen to past sermons in the Pender Podcast.

What to expect at Pender UMC

Posted by MaryO on December 28, 2014 in Bible Study, Books of The Bible, Get Involved!, Pender UMC, Sermon, The Holy Bible

This program is for moms and dads with their children ages 0 to 5. A fee of $30 covers the cost of food and supplies.

Each week there is 30 minutes of singing, a snack and toys are brought out for the children to play. The parents are served a breakfast and have the opportunity to fellowship with each other.

9 And, lo, the angel of the Lord came upon them, and the glory of the Lord shone round about them: and they were sore afraid.

10 And the angel said unto them, Fear not: for, behold, I bring you good tidings of great joy, which shall be to all people.

11 For unto you is born this day in the city of David a Saviour, which is Christ the Lord.

Posted by MaryO on December 25, 2014 in Christmas, Holidays, Posts of Interest, The Holy Bible, Videos 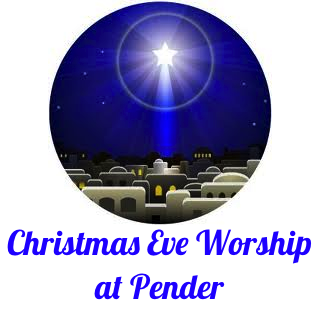 On December 21 at 1:30PM the Pender UMC Choir traditionally sings for the Pan Am Flight 103 (Lockerbie) Memorial Service at Arlington National Cemetery.  Today, the choir sang at the 8:15 service at Pender so that we could get to Arlington Cemetery in a timely fashion.

One of the songs we  traditionally sing at this service – “Under His Wings” – was composed in memory of the victims.  It can be heard in the videos below.

Last year was the 25th anniversary of the Pan Am Flight 103 bombing.

Another video from last year:

Posted by MaryO on December 21, 2014 in Get Involved!, Music, Pender UMC, Videos