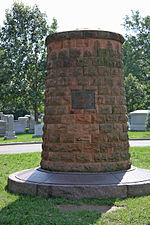 On December 21 at 1:30PM, the Pender UMC Choir traditionally sings for the Pan Am Flight 103 (Lockerbie) Memorial Service at Arlington National Cemetery.

One of the songs we traditionally sing at this service – “Under His Wings” – was composed in memory of the victims.  It can be heard in the videos below.

Register NOW for Kids Day Out

Send your kids to Pender UMC for a morning of Christmas story time, crafts, and fun!

Register by December 3 to participate: http://www.penderumc.org/pender-rocks