Joy To The World

Joy to the World, the Lord is come!

Isaac Watts wrote  the words to “Joy to the World” in 1719, based on Psalm 98 in the Bible. The hymn originally glorified Christ’s triumphant return at the end of the age, rather than a song celebrating His first coming. Only the second half of Watts’ lyrics are still used today.

The music was adapted and arranged to Watts’ lyrics by Lowell Mason in 1839 from an older melody which was then believed to have originated from Handel. The name “Antioch” is generally used for the hymn tune.

As of the late 20th century, “Joy to the World” was the most-published Christmas hymn in North America.

Posted by MaryO on December 2, 2012 in Books of The Bible, Christmas Music, Music, Posts of Interest, The Holy Bible, Videos 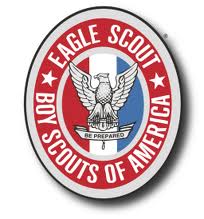 On December 8, Robert Anton will be doing an Eagle Scout project that consists of building a stage for the youth band, painting in the church and organization of the outreach center.

Donations are greatly appreciated and should be made out to Pender United Methodist Church with “eagle project” on the memo line.