Please join us Saturday morning April 13th as the Pender Men help prepare breakfast for our missionaries and Pender faithful.

You may sign up to help or to simply attend and enjoy the breakfast, music, singing, and speakers.  (Breakfast is served at 8am and more information about the entire Missions Conference can be found at http://www.penderumc.org/mission-conference.

“We are therefore Christ’s ambassadors, as though God were making his appeal through us. We implore you on Christ’s behalf:   Be reconciled to God.”    2 Corinthians 5:20

I’ve been thinking a bit about shoes lately, specifically organ shoes. Many people probably don’t know that organists usually use special shoes to help them play the pedals on an organ. When I was learning a new piece, I would play barefoot to help feel where my feet should go but when playing in church I always had my Organmaster shoes on.

The About Us page of the Organmaster website says in part:

Her shoes for Toe-Heel Pedal Technique have a FULL HEEL providing solid contact with the pedals and 1 ¼ inches high to avoid injuring a leg muscle.

The shoes are very secure on the foot while playing the pedals. The women’s shoe has an elasticized strap with a buckle and the men’s shoe is a lace-up dress oxford.

However, it is the SUEDE LEATHER SOLES on the bottom of the shoes which make her shoes so special and which her customers rely on to tell what note the foot is touching. The shoes slide over the pedals, but don’t slip off because the suede provides just the right amount of grip allowing the organist to FEEL his or her way across the pedal board. The shoes also play silently on the pedals.

The shoes were an immediate hit producing an overwhelming response by organists. Very soon the shoes were being shipped all over the world. Many organ teachers tell us they require their students to wear our shoes as well.

Organ legend Virgil Fox took organ shoes to the extreme when he studded the heels with diamonds so that they would sparkle as he was playing Bach’s Gigue Fugue, or as he said “…when I dance the gigue.”

Anyway, shortly after Thanksgiving 2010 our church organist, Bob Chiralo AKA “Mr. Bob” to the kids, learned that he had cancer. During his surgery and treatment, his organ shoes sat neatly behind the organ and I would see them every week at choir rehearsal and Sunday services.

His shoes being there always gave me the hope that he might be back to use them soon.

Tuesday, April 12, 2011, Bob lost his battle with cancer and at choir rehearsal I noticed that his shoes were gone, too. That struck me as so final.

Bob won’t be back with us but I’m sure he’s putting those shoes to good use playing in heaven.

Thanks for all those years of service you provided to our church! 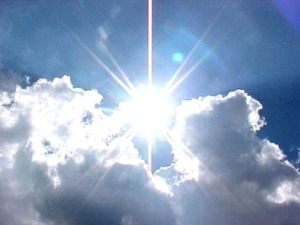 Robert Philip Chiralo died on April 12, 2011 of brain cancer. His wife was at his side, as was Father Alexander Drummond, who administered the Sacraments of the Church and a dear family friend, Jeanne Dalaba.

Bob was born on May 8, 1949 in Reading, Pennsylvania. He was an honor student throughout his school years there and began studying piano at age 8. At age 16, he was certified by the Lutheran Church to serve as an Organist/Choir Director. He continued his organ studies through his undergraduate years and was a lifetime member of the American Guild of Organists, serving in various capacities in that organization. In his deep devotion as a church musician he continuously served at various churches in Pennsylvania, California and most recently as organist at Pender UMC in Fairfax, Virginia.

He was an active Republican grassroots pro-life volunteer, member of the Fairfax County Republican Committee and spent several years as a tour guide at Manassas Battlefield Park. He was a student of world history, particularly military history.

Bob Chiralo had over thirty-five years of technical, management, and business development experience in intelligence and defense with the Federal Government. This began with his early work at the Aerospace Corporation, continued through his employment at Logicon Geodynamics and Logicon Ultrasystems (both now part of TASC, Inc.), and led to his current position at SRI International. Bob established a professional reputation as a pioneer in the area of Measurement and Signature Intelligence, especially in applying the science of sensors to the growing field of overhead sensing systems support for our national security and intelligence communities. This included extensive involvement in the evaluation of new remote sensing and hyperspectral detection technologies and culminating in his role in helping establish the Spectral Information Technology Applications Center (SITAC) to better formalize the evaluation of various new methods in these arenas. Bob’s expertise also led to one of the more interesting assignments of his professional career, his service as a technical advisor on imagery processing in connection with the House of Representatives 1978 investigation of the assassination of President John F. Kennedy.

Bob joined the Washington Office of SRI in 1998 as Intelligence Community Program Development Manager; his responsibilities included support of the company’s business development efforts and Intelligence Community Program Development, including project and program management spanning nearly the entire spectrum of the intelligence and national security communities. He was also quite active professionally. He was a founding member of the Measurement and Signature Intelligence Association, and an officer and past Chairman of the organization, and played a key role in its 2008 reorganization as the Advanced Technical Intelligence Association (ATIA). He was also an active member of the Institute for Electrical and Electronic Engineers (IEEE), the American Society of Photogrammetry and Remote Sensing (ASPRS), the North American Remote Sensing Industries Association (NARSIA) and the National Military Intelligence Association (NMIA). He held a B.A. in Physics from Wittenberg University (1971) and an MS in Electrical Engineering from the University of Pennsylvania (1973) in addition to other ongoing professional studies connected to his work.

He is survived by his wife of 30 years, Monica Dolle Chiralo of Centreville, VA; daughter and son-in-law Monette and Michael Johnstone with grandchildren Melissa Mae and Maxfield Alexander Johnstone of Seattle, WA; parents Anthony Philip and Mary Jane Chiralo of Reading, PA; and brother Joel Anthony Chiralo of Carney, MD.

The Funeral Mass will be held at Saint Andrew the Apostle Catholic Church in Clifton, VA on Monday morning, April 18 at 11:30 with burial following in the Garden of the Blessed Mother at Fairfax Memorial Park. A celebration of his life and music ministry will follow at Pender United Methodist Church in Fairfax. In lieu of flowers, it was his desire that donations be made toThe Jeanne Bussard Center, 555 South Market St., Frederick, MD 21701. This is a facility which serves mentally and physically handicapped adults. It was dear to his heart.

“Bob is, indeed, using them (his shoes) – because he is wearing them, with his black cassock, a rosary in his hands and a Phillies’ hat on his head. Sure hope St. Peter isn’t a Yankees fan!”

2) This interview Virgil Fox shows his shoes even better in the first few minutes.

———-Patron– Hugo———-Unanimous consent to introduce———-WHEREAS, Robert Philip Chiralo of Centreville, a highly respected professional who played a pioneering role in the development of measurement and signature intelligence, died on April 12, 2011; and

WHEREAS, Bob Chiralo enjoyed a successful career that spanned more than three decades and involved technical, management, and business development work in intelligence and defense with the federal government; and

WHEREAS, Bob Chiralo began his distinguished career at the Aerospace Corporation before moving to Logicon Geodynamics and Logicon Ultrasystems (both now part of TASC, Inc.); in 1998 he joined the Washington Office of SRI International; and

WHEREAS, a brilliant innovator, Bob Chiralo recognized the role that the science of sensors could play in the growing field of overhead sensing systems support for the national security and intelligence communities; and

WHEREAS, highly regarded for his technical expertise, Bob Chiralo proudly served his country in a variety of ways, including working as a technical advisor on imagery processing during the investigation of the assassination of President John F. Kennedy; and

WHEREAS, Bob Chiralo was also an active member of the Institute for Electrical and Electronics Engineers, the American Society of Photogrammetry and Remote Sensing, the North American Remote Sensing Industries Association, and the National Military Intelligence Association; and

WHEREAS, Bob Chiralo was a gifted musician who learned to play the organ as a young boy; at the age of 16, he received certification from the Lutheran church as an organist/choir director and continued his organ studies as an undergraduate; and

WHEREAS, a lifetime member of the American Guild of Organists, Bob Chiralo took great pride in serving as a church musician, most recently at Pender United Methodist Church in Fairfax; and

WHEREAS, an active member of the community, Bob Chiralo was a stalwart member of the Fairfax County Republican Committee and spent several years as a tour guide at Manassas National Battlefield Park; and

WHEREAS, a devoted family man, Bob Chiralo will be greatly missed by his wife of 30 years, Monica; daughter, Monette and her family, including two grandchildren; parents, Anthony Philip and Mary Jane; and numerous other family members, friends, and admirers; now, therefore, be it

RESOLVED by the House of Delegates, the Senate concurring, That the General Assembly hereby note with great sadness the loss of a pioneering leader in the intelligence community and respected community supporter, Robert Philip Chiralo; and, be it

RESOLVED FURTHER, That the Clerk of the House of Delegates prepare a copy of this resolution for presentation to the family of Robert Philip Chiralo as an expression of the General Assembly’s respect for his memory.